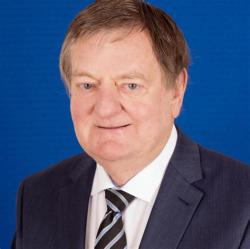 Michael has been a regular media commentator on the sharemarket and economy over many years.   Michael has been heavily involved with the educational side of the industry, for over 20 years lecturing to students of the Securities Institute courses ( now called FINSIA - Financial Services Institute of Australasia ), and in recognition of his services was made a Life Member of the institute, and  Michael twice received the Australian Stock Picker of the year Award by the Australian Stockbrokers Foundation in both 2013 and 2016

Michael remains heavily involved with the sharemarket and economic developments and with his wife have had their own self-managed super fund for over 20 years, and has witnessed first hand the vicissitudes and rewards of the market over the decades.

Michael was elected as Mayor of Bayside he had over 35 years’ experience in the finance and securities industry as a Sharebroker and economic and market analyst, after having been Chief Economist/Lawyer with the Australian Stock Exchange for 13 years.