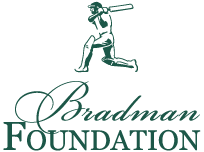 The Bradman Foundation, a non-profit charitable trust, was established in 1987 with the full support of Sir Donald Bradman AC to promote cricket as a valuable cultural and sporting force within the community.

Kevin is a Founding Director of the Bradman Foundation. Together with six other people he was responsible for the establishment and ongoing operations of the Foundation. He is renown for delivering an interesting and dynamic presentation on one of the cornerstones of Australian culture.

Professionally, Kevin has served on the boards of some large corporations and charitable bodies. Kevin was admitted as a Fellow of the Financial Services Institute of Australia (Finsia), the peak body for financial services professionals in Australia and New Zealand. He was also a member of Australian Institute of Company Directors for several years.