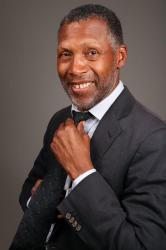 Glenford Noble has worked as a television producer in England and Australia in drama, documentaries and current affairs and says "I love the industry, the people and storytelling".  And now, Glenford is enthused with the prospect of this extraordinary feature film.

In 1933, the Chicago Symphony Orchestra gave the world premiere of Symphony No. 1 by this then little-known composer and  the performance marked the first time a major orchestra played music by an African-American woman.

Price's First Symphony, along with her Fourth, has now been released on an album featuring the Fort Smith Symphony, conducted by John Jeter.