In Australia adolescents are the only group in the community whose health has not improved over the past three decades.  Suicide is the largest single cause of all deaths, and represents 22.1% of deaths between the ages of 15 and 24. Sadly for each reported death by suicide there are more than 20 suicide attempts in this age group.

We can only look into the glass dimly when attempting to root out the most likely causes of suicide. We only know that each has some common risk-factors that CAN BE IDENTIFIED? A study was done in 2006 on all adolescent suicides in Victoria in 2004 and 2005. The results showed (more statistics):

The Youth Suicide Awareness Program was instigated by Brighton North Rotary in 1996, and championed by Brighton North member Phil Wheatley.  Since then it has become a District Endorsed program, with over 140 scholarships awarded throughout the District with a total investment by 35 clubs of in excess of $500,000 to recipients in many vocations, to arm them with enhanced capabilities to deal with the issue of Youth Suicide, through the Graduate Diploma in Adolescent Health from Melbourne University. One of the first scholarship recipients was Gerry Lambourne, our President Elect Nominee. 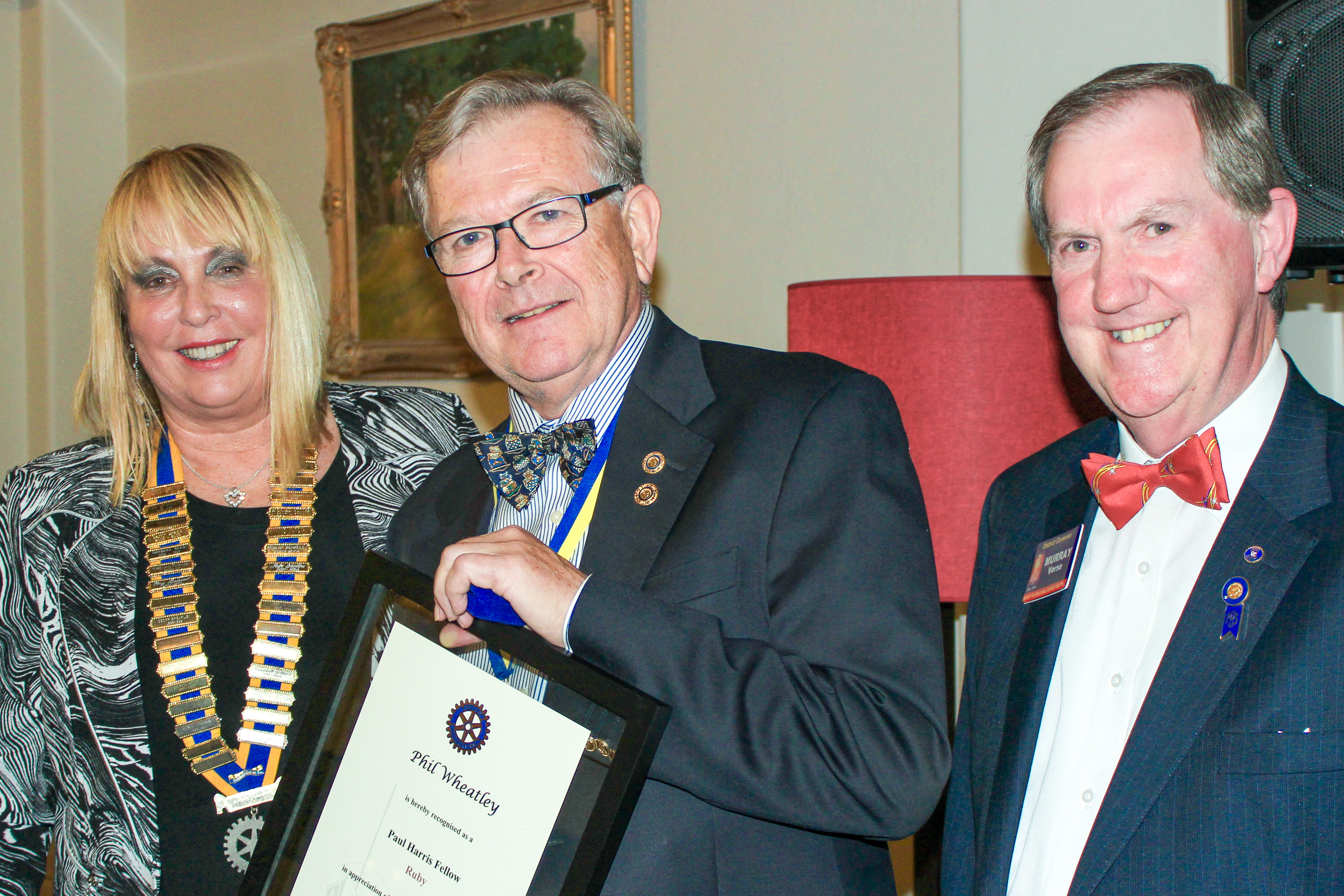 At our recent changeover evening Phil Wheately was awarded two Paul Harris Fellow Ruby recognitions, one by our Club, the other by District 9800 and presented by Distrcit Govenor Murray Verso, for Phil's committment to help young people through the Youth Suicide Awareness Program.  Phil has been the driving force in that program for nearly twenty years and has spoken at countless Rotary club meetings spreading the message and obtaining support to sponsor people in regular contact with youth to undertake the Graduate Diploma in Adolescent Health.  Phil has overseen the scholarship program conducted by our club, initially as the Robin Warner scholarship, and now as the Robbie Mitchell scholarship.

Kate is a teacher at Mount Ridley College in Craigieburn, specializing in the use of food to relate to young people, and help them make better choices about alcohol and drugs, through programs in schools that are co-designed by the participating students. The Groovy Smoothies program she started, where students make Smoothies using an exercise bike to power a blender, has been extended into a program called Lovebites, which is the topic of her Master’s degree she is currently undertaking.

Paul is a Police Officer at Prahran involved in a pro-active program engaged with youth in that precinct. He is planning to use the knowledge learned during study at Melbourne University to help guide his superiors to develop strategies to target vulnerable youth.