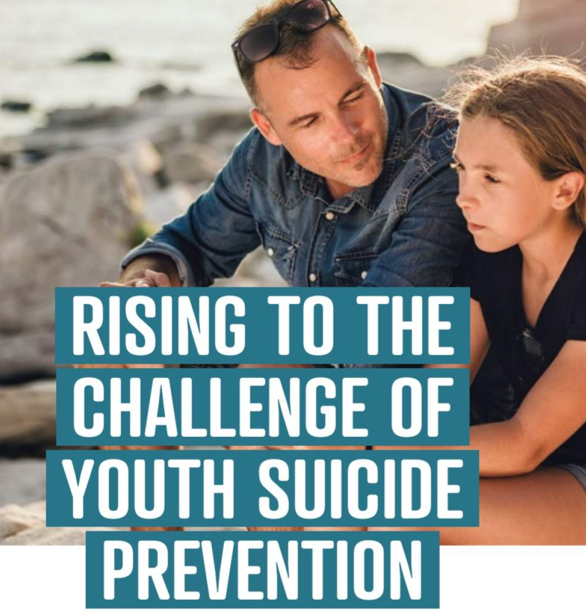 Suicide is the leading cause of death among young Australians and has a devastating impact on families and communities. The Youth Suicide Awareness Project is addressing the alarming statistics through programs designed to increase adults' perceived competence and confidence in responding to at-risk young people, and improve the likelihood of them seeking help.

The Rotary Club of Brighton North founded the Youth Suicide Awareness Project in 1996 to advance the skills of professionals who work with at-risk young people. Teachers, police officers, youth workers, social workers, general practitioners, and health workers all take part. The project, still managed by the Brighton North club, is now a multi-club project. Suicide is the leading cause of death among young Australians. Around 350 young people aged 15-24 take their own lives every year. For every youth suicide, it is estimated there are 100 to 200 attempts.

The project aims to reduce suicides and improve youngsters' mental health. The project awards up to two years full or partial funding for a Certificate or Graduate Diploma in Adolescent Health at the University of Melbourne through the Centre for Adolescent Health at the Royal Children's Hospital Melbourne. The Rotary Club of Brighton North has provided 29 awards worth more than $100,000 since 1996. Rotary Central Melbourne has provided 20 Silk Miller Scholarships in memory of two police officers who died on duty in 1998. To date, 27 Rotary clubs have contributed financial support to 130 course attendees at the Centre for Adolescent Health. Consultant Psychologist Dr Michael Carr-Gregg, who was integral in establishing the Youth Suicide Awareness Project, was guest speaker at a recent dinner to acknowledge the project's 25th anniversary. "Rotary has done an amazing job," Dr Carr-Gregg said. "The number of people you've touched through the 130 graduates - and growing - is extraordinary."

A recent initiative - Youth Mental Health First Aid courses - teach adults how to assist adolescents who are developing a mental illness. Supporting the Youth Suicide Awareness Project is Garden DesignFest, a multi-club project held every two years. The Youth Suicide Awareness Project was chosen as its major charity in 2022. The Rotary clubs of Kew, Brighton North and Central Melbourne have raised more than $600,000 through Garden DesignFest since 2004. The Rotary Clubs of Ballarat West, Kyneton and Euroa, from three districts, also work on the event. The event will be held in 2022 on November 12-13 in Metropolitan Melbourne and Mornington Peninsula and on November 19-20 in Regional Victoria (Ballarat, Macedon Area and Euroa). Garden DesignFest showcases gardens not usually open to the public, which have been designed by some of Australia's most talented designers.